The Development Process of Electric Bicycles

Since Faraday invented the world's first electric motor in the 1830s, many people have been trying to apply the electric motor to bicycles. The first person to do this was Gustave Trouvé of France.

In 1881, Gustav Truf successfully transformed an electric tricycle. The electric car was exhibited in Paris at that time and became the world's recognized inventor of the first electric car. He is also known as the father of electric cars. The shape of this electric tricycle is unique, different from the 3 wheel electric bike we see today.

In 1892, M. Graffigny invented a pedalable electric tricycle. The output gear of the motor is connected to the differential device of the human drive wheel through a series of reduction gear sets. Therefore, this tricycle can be driven either by the rider on the pedals or by an electric motor. On the right side of the vehicle is a box of 24 batteries, and on the left side is a nearly 10kg motor pack. The vehicle weighs 77kg. Once the battery is out, you will really cry.

Nevertheless, but to be correct, the car invented by the above two masters is more like an electric car than an electric bike. Inspired by them, Ogden Bolton invented a direct-drive rear-wheel hub electric car in 1895. This electric car has no driving components for human pedaling. It adopts pure electric mode. There is a lever on the handlebar to control the motor, and the battery is located in the front triangle of the frame. The rear wheel hub is loaded with a permanent magnet DC outer rotor brushed motor. From the motor cross-sectional view on the right, we can see the six sets of coils inside the motor and the outer rotor ring, with six pawls in the center. It is very similar to the modern tower base structure, and this design can be said to be quite advanced more than 130 years ago. 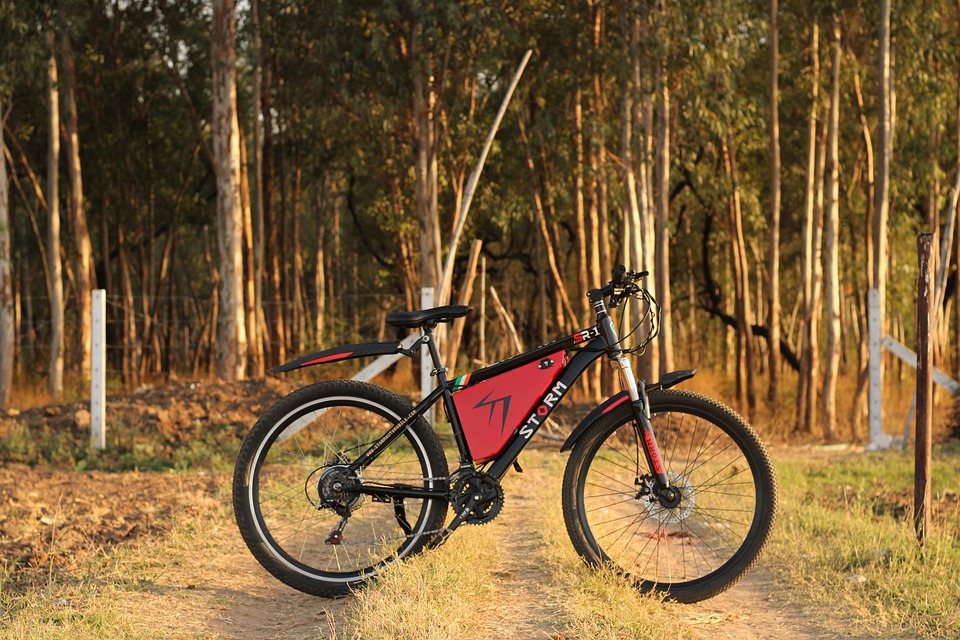 In 1897, Hosea W.Libbey designed the earliest mid-motor electric bicycle. This electric car has no pedals and is driven by a connecting rod. What's more peculiar is that it uses a dual-stator permanent magnet motor. The motor is shaped like a hamburger. There are stators on both sides, the rotor is sandwiched in the middle, and the left and right drive connecting rods are connected on both sides.

In November 1897, such a tandem electric bicycle named Humber was exhibited at the Stanley Exhibition. It was made by French creators Clerc and Pingault. On May 22, 1897, French drivers Dacier and Jalabert drove this Humber two-person electric car to finish 1 kilometer in just 57 seconds, with an average speed of 63km/h, which is really a godsend.

In 1898, Mathew J. Steffens designed an electric bicycle with a rear wheel and belt drive.

On February 1, 1899, Aebert Hansel submitted a patent application to the U.S. Patent Office, which was officially certified in 1900. The motor is installed at the bottom of the front triangle through a fixed base, and the battery is hung under the upper tube. The kinetic energy output by the motor is transmitted through a two-stage speed reduction, and finally acts on the large flywheel on the left side of the rear wheel to drive the rear wheel to rotate. On the right side, the traditional human-driven components are also completely retained, which means that even if there is no electricity, it can still pedal forward like an ordinary bicycle. This electric bicycle shows the prototype of a modern electric bicycle. Nowadays, the electric city bike, electric mountain bike and smart motion ebike we often see can be traced back to their roots.

In 1946, Jesse D. Tucker designed an electric bicycle with a motor that can be stored freely. The rider can freely choose to drive it manually or put the motor down to fit the front wheel to become an electric drive.

In 1993, Yamaha Japan introduced the first crank-driven electric bicycle PAS. Since then, electric bicycles have become popular in Japan and gradually spread to the world.